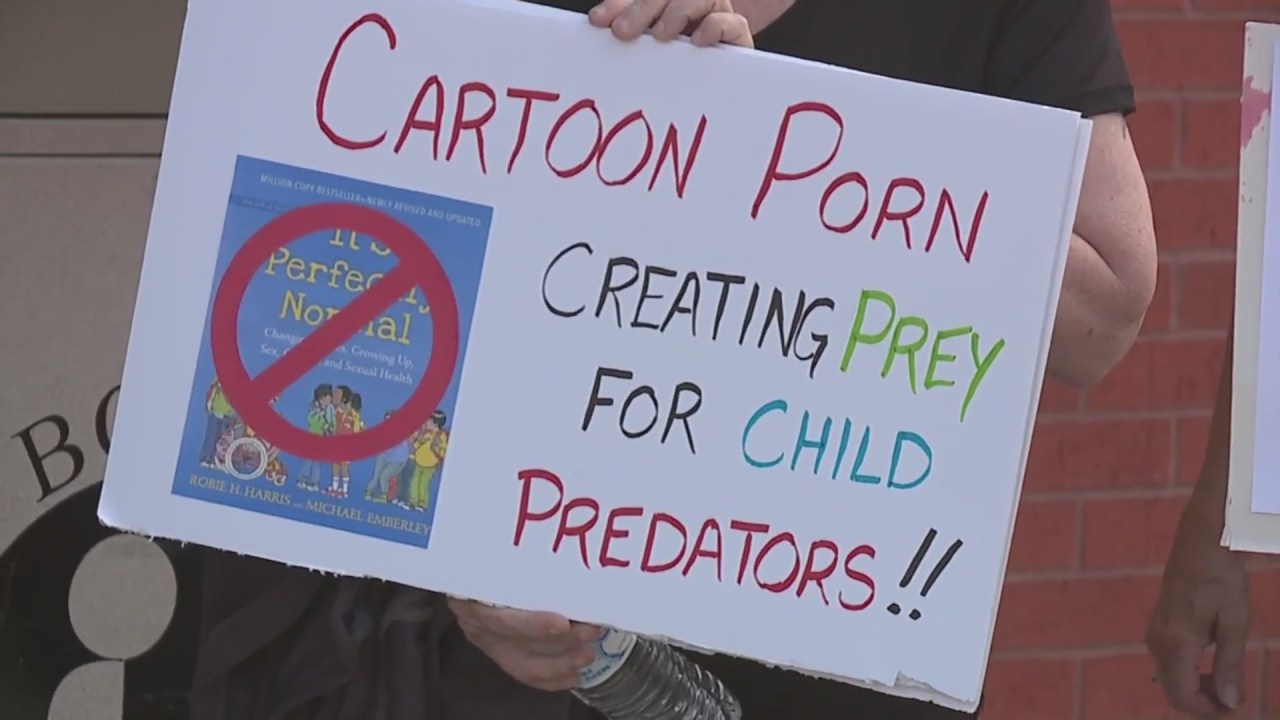 HARRISONVILLE, Mo. — Laying their concerns out like an open book. Cass County residents are divided on what to do with a controversial book.

Parents, pastors and concerned citizens showed up at the monthly library board meeting hoping to have it either banned or moved.

The book is called “It’s Perfectly Normal,” but many say it’s anything but. It’s meant to teach kids about their changing bodies, but some say it’s something kids should never see.

“Eight, nine, who knows? But it is not intended for children of that age,” one resident told the board.

The book has been in the Cass County Library system for more than 25 years, however, Tuesday night many wanted that to change.

“Would your grandma or your great grandma sit down with you and say sit down I want to read you a bedtime story – would this be the book you read?” said Josh Wollberg the pastor of First Baptist Church of Harrisonville.

The author describes it as a book about changing bodies, growing up, sex, and sexual health.

“This kind of took is very important for parents who maybe feel like they don’t have the words to talk to their children about it,” one resident said.

The major issue is where the book is placed. On its cover, “It’s Perfectly Normal” said it’s for children 10 and above. However, the library system says it’s in the section for kids 0 to 10 years old. Some say it should be placed in young adult, and others say the adult non-fiction section.

“Everything about this book is horrifying. This is an absolutely disgusting book. This is written by sick individuals who are looking to groom young kids into sex and make kids think everything is normal. This is straight up Jeffrey Epstein stuff,” Wollberg said reading Amazon.com reviews of the book.

While some say the book has no place in the library others believe removing it would be perfectly irrational.

“All we are asking is that the book be moved. Not banned, but moved,” one resident said.

“Where do you go from there? If they ban this book where does it stop? This is 2021. Kids have far more access to things on the internet than they do in a book,” parent Christie Mangan said.

Download the FOX4 News app on iPhone and Android

The board decided to table the discussion for now to allow more time to think it over. The decision was also tabled last month. They will meet again on October 19 but it’s not clear if it will be on the agenda.