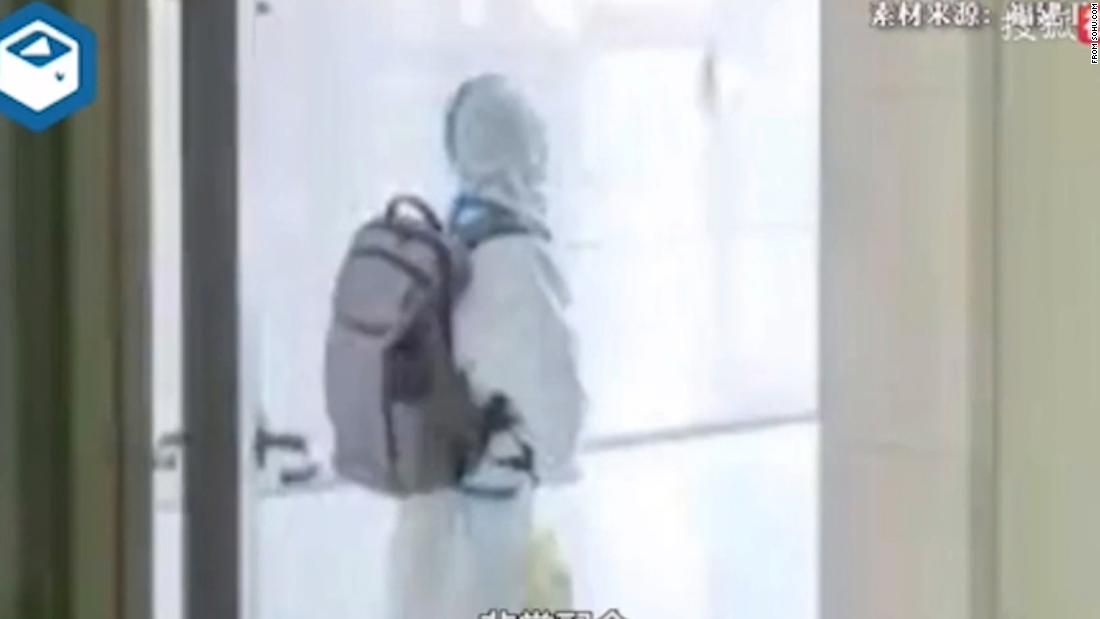 The video serves as a poignant reminder of the human cost of China’s prized zero-Covid policy, which has helped the country quell multiple resurgences of the virus. The elimination playbook consists of placing entire neighborhoods under lockdown, testing millions of residents in a matter of days, and swiftly isolating infected people and their close contacts in designated facilities.

This time, the strict measures were applied to schoolchildren — among whom the outbreak was first detected and spread quickly. In Putian, 57 of its recently reported 129 cases are under the age of 12, according to the government. To prevent further transmission, infected children as young as kindergarten age are separated from their parents and put in hospital isolation.

In a news conference Thursday, the Putian government said China’s epidemic control rules bar Covid patients from any company during isolation and treatment. But if a child and their parent are both infected, the hospital would try to arrange them to stay in the same ward, an official said.

Initially, some children who came into contact with the infected but tested negative were also quarantined away from their parents. That policy was later relaxed, with children under 14 allowed to stay with their parents or other family members in quarantine — but isolation for infected children remains.
Zhu Xiaqing, the nurse who took the video at the quarantine hospital, told the local Fujian Health Daily newspaper her eyes were wet with tears when she saw an ambulance full of children arriving, all sealed up in hazmat suits. They had arrived late because a child didn’t want to leave home and was crying for two hours before being coaxed into the ambulance, she said.

Upon arrival, the children had CT scans by themselves. Some were so young they couldn’t climb onto the scanning table and had to be picked up by a doctor, Zhu said.

“Seeing little children all alone by themselves, without parents by their sides, in a hospital (they are) unfamiliar and scared of — at that moment my heart really ached,” she added.

On Weibo, some users questioned why children this young couldn’t be accompanied by their parents. Others pointed out their parents were likely put in centralized quarantine in other facilities as close contacts of the infected.

“It’s basically a strategy of ‘rather killing a thousand by mistake than letting one go,'” said Jin Dongyan, a virologist at the University of Hong Kong. “Children shouldn’t have needed to undergo such extreme quarantine measures. This is the social cost of the zero-tolerance approach.”

The strict — and often hectic — implementation of containment measures has sparked discontent before. In June, hundreds of residents in Foshan, Guangdong province, protested against weeks of prolonged lockdowns on their neighborhoods. Footage of the rally was swiftly scrubbed from the internet, while on social media, those who criticized or questioned the zero-Covid policy were attacked and muffled by online nationalists.

The zero-Covid strategy still enjoys broad support among the wider Chinese public, many of whom have grown accustomed to the benefits associated with Covid-free living and remain fearful of the virus — partly due to unrelenting state media coverage on the devastation the pandemic has caused abroad.

“The success of the stringent approach is partly built on public fear. This is not ideal,” Jin said. “The correct way is to tell the public the truth (about the need to coexist with the virus), which is the only sustainable way going forward.”

Jin, the expert at the University of Hong Kong, said authorities are worried about the efficacy of the vaccines. Chinese officials have revealed that some of the early cases in a previous Delta outbreak were fully vaccinated.

“(They’re concerned) that the social immunity is not strong enough. They don’t have enough confidence in the vaccines,” he said.

China is now offering booster shots to fully vaccinated people working at borders, customs, quarantine facilities, Covid hospitals and the aviation industry, according to the National Health Commission, but it remains to be seen how long the effect of that extra shot will last.

For the time being, the Chinese government is likely to stick to its zero-tolerance approach as it attempts to boost public immunity, but it will eventually need to learn to live with Covid, Jin said.

“It might go on for another year or two. But China can’t shut its doors forever,” he said.

At the quarantine hospital in Putian, medical workers have come up with various ways to comfort the infected children. They decorated the isolation wards and corridors with cartoon paintings, and provided the kids with children’s books, toys and stationary. Nurses also looked after their daily needs and played games with them, according to state media.

But some worry that’s not enough.

“During the day, it might be okay, but at night the kids will still be scared!” said a comment on Weibo.

The three Chinese astronauts living in space for 90 days have returned to Earth, marking an end to China’s longest-ever crewed mission.

The astronauts — Nie Haisheng, Liu Boming and Tang Hongbo — were sent in June to the core module of China’s planned space station, called Tiangong or Heavenly Palace, which is still under construction in a low-Earth orbit.

The crew boarded the Shenzhou-12 spacecraft on Thursday and touched down at the Gobi desert in Inner Mongolia on Friday afternoon, state news agency Xinhua reported.

During their three months at the space station, the astronauts conducted two spacewalks to test their equipment, new-generation spacesuits and life maintenance systems. Their mission is a major step in China’s plan to complete the space station by December 2022, when it’s expected to be fully crewed and operational.

Before then, China plans to send three more manned spacecraft and two laboratory modules to the space station.

It’s an ambitious target for China’s rapidly expanding space program, which has received billions of dollars in government investment and achieved a litany of other milestones in recent years — including landing a lunar probe in a previously unexplored area of the moon last December, and landing a rover on Mars in May.
Their ambitions don’t end there. Earlier this year, the Chinese government signed an agreement with Russia to work together to build a moon base. China is also planning to launch crewed missions to Mars and deploy a massive space-based, commercial-scale solar power plant by 2050.

The implosion of Lehman Brothers, 13 years ago this week, showed how the collapse of a single entity can send shockwaves around the world.
Echoes from that event are resounding today as a massive property developer on the other side of the world teeters on the brink of default.
The risk is the collapse of Evergrande, a Chinese real estate company with a staggering $300 billion of debt outstanding, could set off a chain reaction that spreads overseas.
“Some fear an Evergrande meltdown will have systemic risks on par with the impact Lehman Brothers’ demise had on the US stock market,” Ed Yardeni, president of Yardeni Research, wrote in a note to clients Thursday.

Like Lehman in its heyday, Evergrande is massive, suggesting a default would be felt widely. The company has 200,000 employees, raked in more than $110 billion in sales last year and has more than 1,300 developments, according to Reuters.

Wall Street is keeping close tabs on the Evergrande situation, which highlights the extraordinary amount of borrowing Chinese companies and families have taken on over the years. Yet there are no signs that investors think an Evergrande default will infect US markets or the domestic economy.

For now, investors seem confident authorities in Beijing would use their vast control over the Chinese economy to limit the damage. And there is no evidence, at least so far, of contagion in US markets.

“I don’t think the Evergrande meltdown, and the financial problems of Chinese property companies more broadly, will reverberate back on the US economy or markets,” Mark Zandi, chief economist at Moody’s Analytics, told CNN.

“We think that the ‘China’s Lehman moment’ narrative is wide of the mark,” Simon MacAdam, senior global economist at Capital Economics, wrote in a note on Thursday.

“It does not look as if it has any contagion effects on American companies or American financial markets,” Kotok said. “We see no credit spread widening.”

Credit spreads, the difference between corporate bonds and ultra-safe Treasury rates, remain very narrow. That’s a sign that investors aren’t worried — especially given the Federal Reserve’s unprecedented support for the economy and markets. Of course, that can change in a heartbeat.

“I would change my view at once if I saw any contagion or spillover” into the world’s biggest economies, Kotok said.

The US Treasury Department declined to comment on the Evergrande situation. 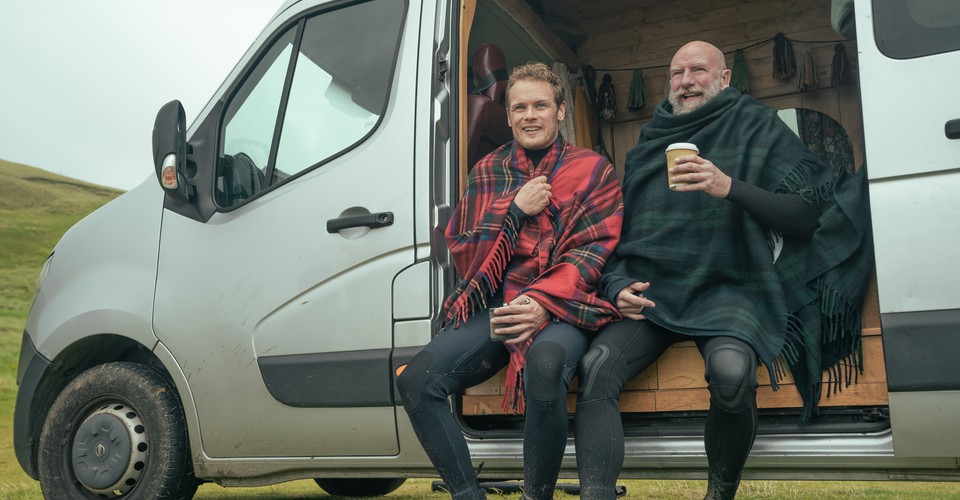 The Biggest New Lodges within the Planet: 2022 It File 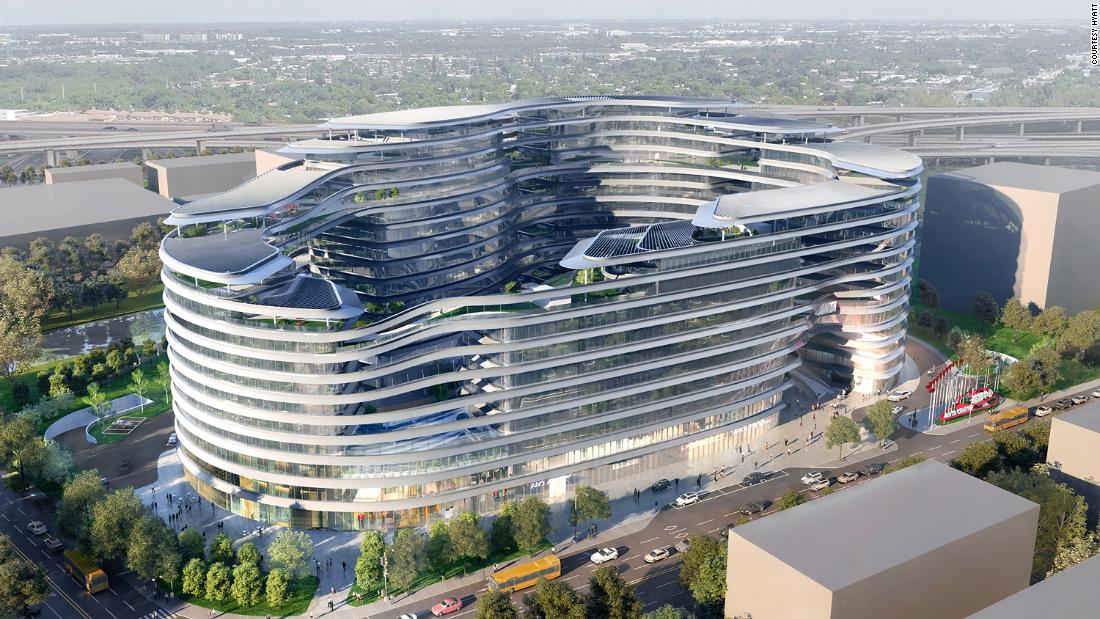