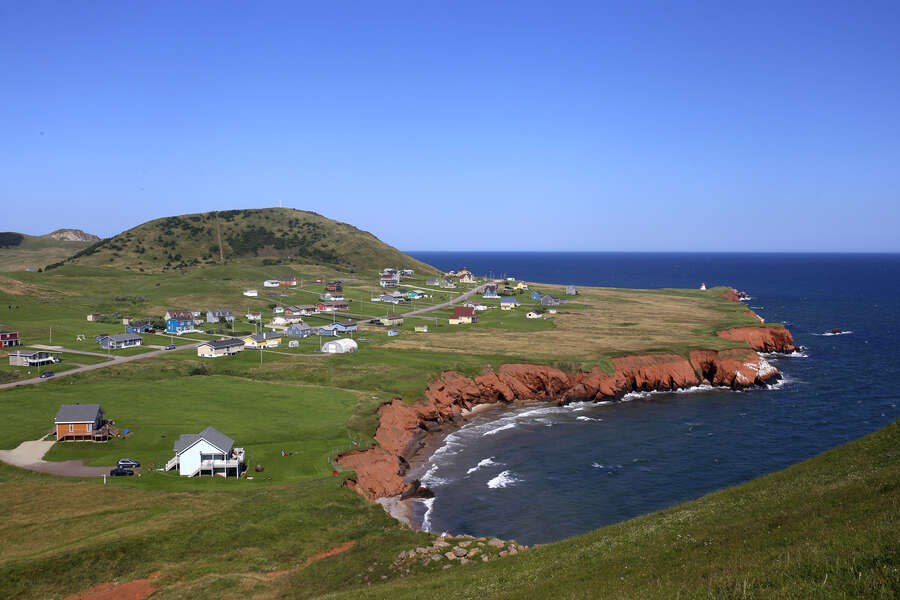 The low-key Îles-de-la-Madeleine are a best-kept-secret among Québecois. | Photo by Stephanie Foden

The low-key Îles-de-la-Madeleine are a best-kept-secret among Québecois. | Photo by Stephanie Foden

Alright America, huddle up. I’m about to let you in on a secret.

On the east coast of Canada, smack in the middle of the Gulf of St. Lawrence, there’s an archipelago of eight islands with 186 miles of pristine red and squeaky white sand beaches, rich Acadian culture (yes, the same Acadians that migrated to Louisiana and became known as Cajuns), and truly amazing gourmet eats. I’m talking some of the best seafood, anywhere.

They’re called Îles-de-la-Madeleine, or the Magdalen Islands, and they’re wildly popular among Québecois—yet few people in the rest of Canada have even heard about them.

If you’ve read up on climate news lately—moon wobble, code red, ahh!—this stunning archipelago might not be around for too many more generations. And every year, more and more people are finding out about this pearl of the east coast (yep, thanks to stories like this one). So you’ll definitely want to plan a trip sooner rather than later.

What to know before you go

With a landmass just 20 square miles bigger than Manhattan in a gulf of water roughly the size of Minnesota, Îles-de-la-Madeleine isn’t exactly a place you’ll bump into unless, well, you’re Jacques Cartier sailing to North America in 1534. So if you want to go, you’ll need to plan ahead. Seriously, some people plan their trips two years in advance.

To get there, you can fly into Îles-de-la-Madeleine Airport on the island of Île-du-Havre-Aux-Maisons, or sail about five hours on the sparkly new Madeleine II ferry from Souris, Prince Edward Island. The extra cost to bring a car aboard the ship is worth it, as there’s so much to explore, despite the archipelago being just an hour drive tip-to-tip.

June to August is your best chance at great weather and when you can see the awesome sandcastle festival. But peak season is also when the islands’ adorable pastel-colored cottages, cabins, and campsites book up, so May and September might be a better bet.

And yes, this is Quebec, so expect to hear mostly French with smatterings of English when necessary.

If coming by ferry, you’ll land at Cap-aux-Meules, which has all your necessities but admittedly lacks on the charming side. For something cuter, drive south to La Grave, where Acadian refugees first landed after escaping deportation in 1755’s Grand Dérangement, when the British and French colonists butted heads over Canadian land. Today, La Grave is a cute fishing village with solid restaurants like Café de la Grave, pretty shops like Atelier Côtier where you can buy art made of sand, and the beachfront venue Au Vieux Treuil that plays music into the night.

Other hubs worth checking out are L’Étang du Nord, with its boardwalk, carnival-like energy, and delicious ice cream from Cremerie du Port; Entry Island, which requires a short boat trip, has only 60 inhabitants, and grants desktop screensaver-like views from atop its biggest hill; and Île-du-Havre-aux-Maisons where you can see glass-blown jellyfish at La Méduse and the historic Cape Alright Lighthouse—built in 1928, it’s much cooler than its name suggests.

As for beaches, you won’t have to look too hard. For every one of the 13,000 year-round Madelinot locals, there’s probably a different “secret” beach, but some faves are at Pointe-aux-Loups, L’Anse aux Whalers in Fatima, at the tip of La Grave’s long and skinny sand dune, and Dune-du-Sud on Havre-aux-Maisons.

Seeking out and eating gourmet food is basically a sport on Îles-de-la-Madeleine. The Circuit des Saveurs food trail features 26 producers that offer traditional, extremely tasty local cuisine that you can usually taste on-site.

At Fumoir d’Antan, you can see (and smell) herring smoked the traditional way—over slow-burning fires for three months—and then grab some for your picnic along with smoked mackerel, scallops, and salmon. At Miel en Mer, open a door to witness thousands of bees working on their honey, which turns white when it crystalizes. And at Cultures du Large, you’ll absolutely want to hop on a boat out to sea and eat the freshest oysters you’ve ever tried before taking a box for yourself.

For a more guided food experience, restaurants across the islands cleverly combine these gourmet products. At Gourmande de Nature, Chef Johanne Vigneau utilizes the abundance of amazing seafood around the archipelago—think crunchy lobster tail and a deconstructed cheesecake served inside a scallop shell. And at Bistro Accents, where 80{3132c872e6c78dc13c400a594a399f7f701f7fca090fe22c84668d12b33a9deb} of all ingredients are local, Chef Hugo LeFrançois sears halibut to perfection and knows how to cook a mean seal filet mignon.

When I asked LeFrançois why Madelinot are so passionate about eating local, he told me it’s a form of mutual respect.

Get in on some of the world’s best kitesurfing

Being on the Atlantic coast means that the weather on Îles-de-la-Madeleine tends to be prettay windy, but you can make the best of it by grabbing a board and a kite and literally flying. Off beaches across the archipelago, you’ll see kitesurfers levitating airborne before gently gliding back down to the rippling waves below.

But you don’t have to be a pro kitesurfer to go here. Îles-de-la-Madeleine might be the best place in the world to learn, because there are plenty of lagoons; so if you lose your board, you can just walk over instead of body surfing to get it.

The wind is also really consistent, so if you go for a week, you’ll likely spend most of your time out on the water rather than chatting with your travel mate(s) about all the people you want to share these secret islands with.

Joel Balsam is a freelance journalist and travel guidebook writer whose work can be found in National Geographic Travel, Time, The Guardian, Lonely Planet, and Travel + Leisure. Follow him @joelbalsam. Submit Your Story for Season 2 of AFAR Podcast, Travel Tales